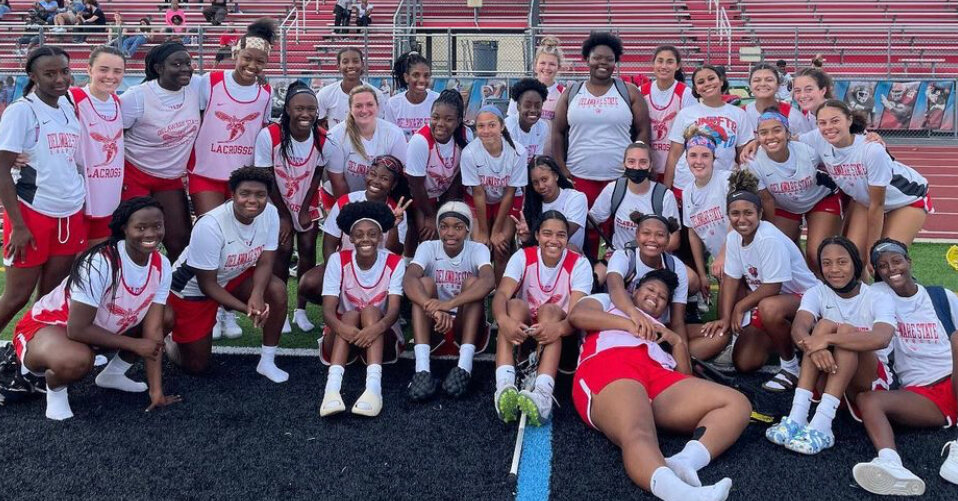 At first, Pamella Jenkins, a female lacrosse instructor at Delaware State University, was not concerned when Georgia police officers pulled her team bus.

His team, around 70 percent Black and representing a historic Black college with roots stretching back to the 1890s, was pleased to go home after playing in a tournament in Florida. They can not do anything wrong. The team bus chartered not fast because it was easy to get north on Interstate 95. It made good sense when he heard the manager tell the driver that he had a bus on to the left and to the right.

But it wasn’t long before the desire changed into the way everyone thought in the past – the desire I could have associated with an African American who once played in college. and played the same state of Georgia during the lower levels of tennis.

Suddenly Jenkins team was accused of having drugs in the boat. Many representatives arrived. A drug-sniffing dog tour. Jenkins, who is Black, shares his athletes’s feelings: frustrated, scared, angry and frustrated.

The video, which strikes a Liberty County police officer account of the attack, shows a group of white agents rifling through the luggage. One of them carried a package and asked who it was. When the player replied that it was him and did not know what was in it because it was a gift from the family, the manager met him with suspicion. Jenkins said the manager saw nothing more than an inside jewelry box.

“I was sitting there, and I tried to stay calm, but at the time, I was upset and scared and frustrated by what had happened to us,” Jenkins said of the April 20 incident in an interview. interview on this telephone. the week.

“Unfortunately,” he said, “these incidents could escalate further.” And then the worst will happen. So he took by example and kept his stress in a wrap. His athletes follow suit.

The deputies did not see the medicine. The driver – who, unsurprisingly, just happened to be Black – did not receive a driver’s license. A police officer came on board and said the team could go.

Think about what they have been through.

Think of all the black athletes across the United States for competition, from young men playing volleyball and soccer to college students. Some travel alone. Some with groups. Some in small groups. If you feel that the fear of such a meeting is not part of the mix, think again.

I have my story. If you read my post for a while, you will know that I was a heavyweight tennis player, one of the few Black nationals in the 1980s – starting at the top team at the University. of California, Berkeley. After college, I played for a few years in small groups on tennis, traveling to every corner of America and to the best places in the world.

I was profiled by the police after playing in one of the early 1990s tournaments, while another Black player and I made the final two of all free national tournaments in Birmingham, Ala. The members of the club – and for all-Black ground staff who support us at every tournament – will be the mother of all skeptics. We lost, but we got jubilant. We made a statement by going as far as we could.

But while driving our rental car to the next event, scheduled for Augusta, Ga., We were pulled over by a highway patrolman not far from Birmingham. and Atlanta. I remember his wide-brimmed hat and his incredible questions. What did we do in this car? Where are we going? Next I knew, he was looking at our bags.

Why do we pull and search? My partner drives well in traffic. We were just two young Black men in the spotlight. It does not help when a guardian asks us to let them know we are in California.

It had been three years, so I can not remember everything about what happened next, but for some reason, the director took my partner out into the city, a small police station. parking. About an hour later, my companion left. As far as I can remember, it was not as much as a ticket. It is unscathed but shaken. I drove to another place.

That was not the only time I was profiled during my short time in the basement of pro tennis. The worst accident happened in Europe in 1992, when I was traveling from Paris to London after playing in France. At London Airport Heathrow, customs officers pulled me off the line and started asking questions.

They asked, sternly and accusingly, why I was in Europe playing tennis. Prove it, they say.

I stood by their side as they rifled through my tennis bag. They found clothes, rackets and my journal, which they read with such voyeuristic interest. They then took me to a room without windows and let me go there without saying when they would return. I was not alone in that room. I was with twelve Black travelers from African countries.

I sit for an hour, then two, then three. After eight hours of closure, a security guard came and let me go. He never apologizes.

There was a load that the Blacks did not see carrying long after that meeting. It is a cloth. You ask yourself. “What happened? Did I do something wrong? You struggle to understand what just happened. “Did the police, the store manager, the customs officer, really do their job? Or did I get treated like this because of my skin?”

The uncertainty is self-fear.

We are left with unbelief, anger and tears. We are well versed in stuffing deep thoughts and go. Or at least we tried. .

And now, through no fault of their own, young Delaware State lacrosse players should suffer from such a condition.

After the stop, Jenkins said, the travel home was quiet and awake. Shock to do so.

Jenkins said: “It simply came to our notice then. “And that is when we know, ‘Whoa, this is really bad.'”