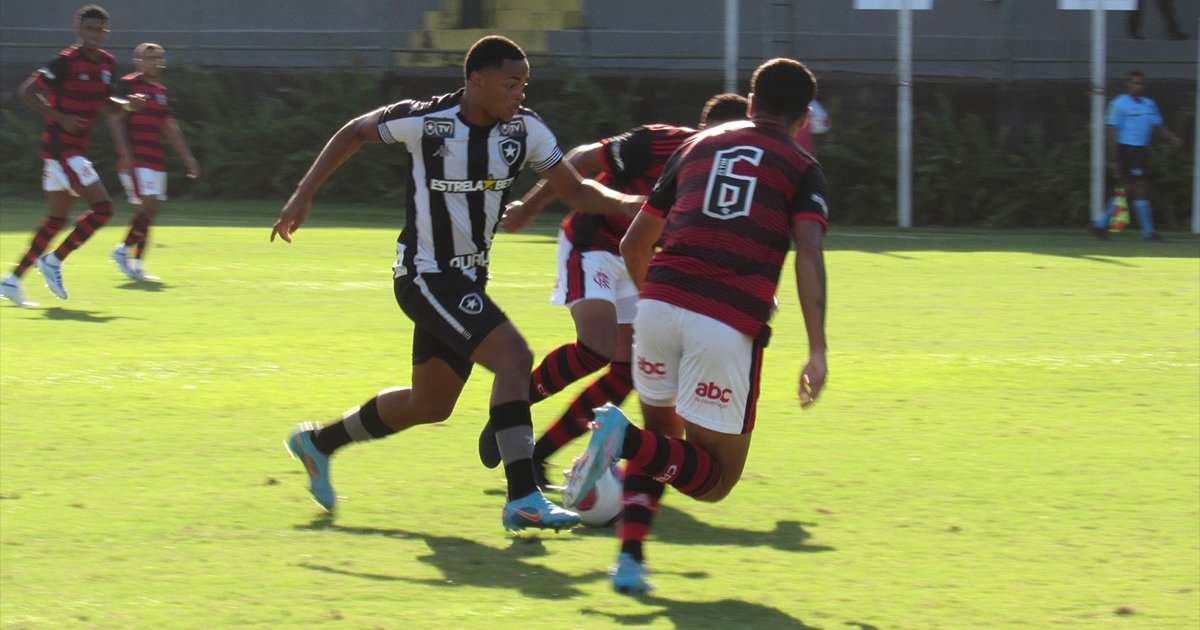 With the strange punishment for the rival invented by the referee, the Botafogo took the leader, but withdrew much and tied it up 2 to 2 with Flamengo on Friday afternoon, at CEFAT, to the Campeonato Carioca Sub-20. Glorioso, which has debuts between Alysson and Sérgio Mendonça, is 10 points clear at the table and still in the G-8.

The first half is very tight in midfield, with a few options from both sides. Botafogo, better after the stop, complains about the penalty from Jefinho, no sign. Brendon, at 37 minutes, was the one who did the most unbelievable, at the entrance of the area, but the offside ball was weak and contributed to the defense of Bruno.

Thoughts saved for the second half. Just 20 seconds later, Sapata was penalized by Igor Jesus, Kauê was penalized and scored 1-0 for Botafogo. At 15, another penalty for Glorioso: Sapata returned to the area, this time through Wesley, and Wendel doubled the lead to 2-0.

Flamengo managed to slow down in the next race, with Petterson. And he went all out to find a tie. Diego, Head, and Petterson make the most of it. At 34, the most unusual thing: the lawyer sentenced Lucas Barreto in Mateusão. The red-and-black athlete himself went in and kicked everything off in 2 to 2.

Botafogo returns to the fields next Friday to visit Portuguesa, at 10 a.m., at the Estádio Luso-Brasileiro. Then, on the 21st, Glorioso meets Audax, on the CEFAT.