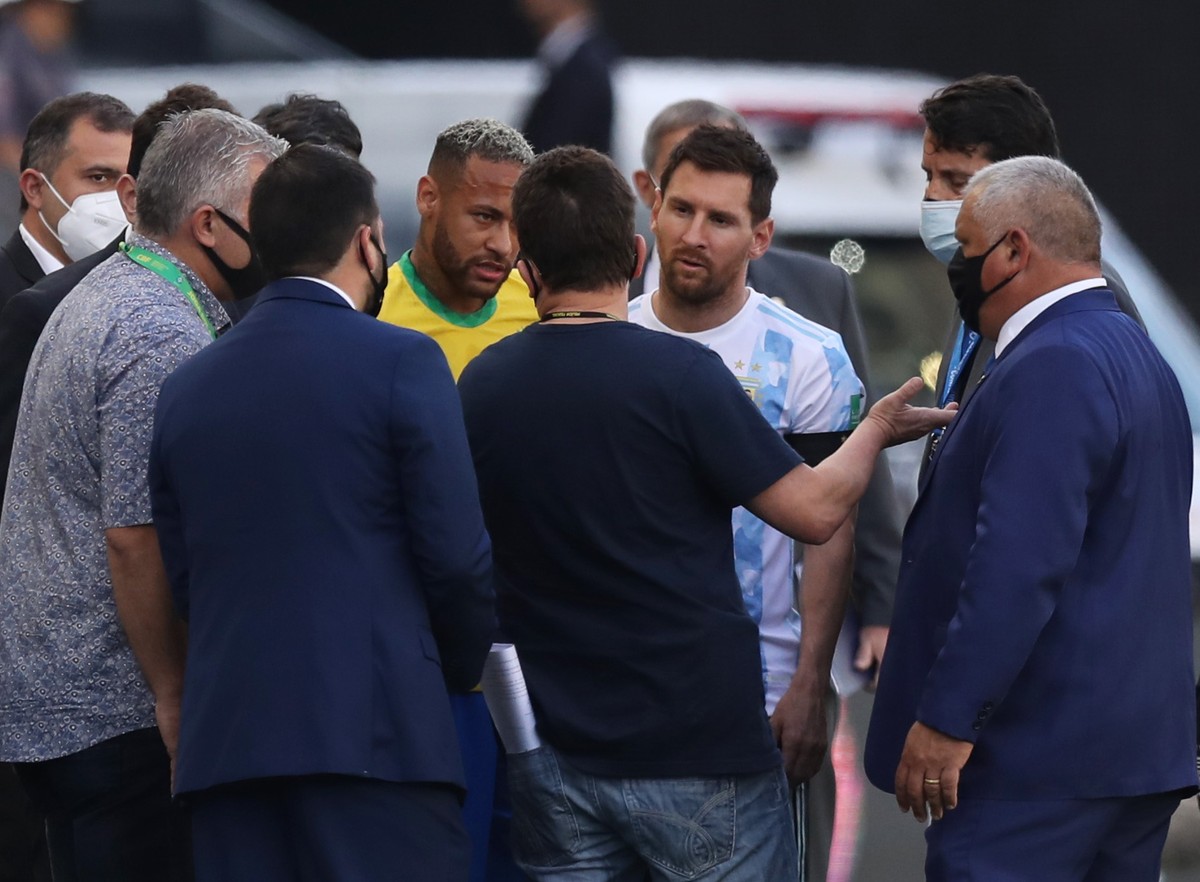 The Fifa Justice Committee heard on Monday a request by the CBF and the Argentine Football Association (AFA) for a postponement of South American qualification for the World Cup. FIFA has confirmed that the tournament will be rescheduled and will save a fine of 50,000 Swiss francs (equivalent to R $ 256,000) for the two organizations due to the delay.

Brazil and Argentina met each other at Arena Corinthians on September 5 of last year, but the game was affected later. invasion by Anvisa staff.

FIFA decided in February that the tournament should be held at a new date and place. And in April, the The organization said the game will be September 22nd. According to the president, CBF must announce the venue before June 22nd. If there is an agreement with AFA and FIFA, this tournament applies to Qualifiers can be played in countries other than Brazil.

It is possible that CBF will bring the classic to North America, possibly in the United States. Brazil has agreed to visit Mexico in September.

In addition to the tournament yet to be played, the two teams will be friends on June 11, in Australia.

The FIFA Appeals Committee also decided to reduce the fine for CBF to 250,000 Swiss francs (approximately R $ 1.2 million). for “infractions related to order and security”. It also reduced the AFA penalty to 100,000 Swiss francs (BRL 513,000). for “failing to fulfill its obligations in connection with its planning for and participation in the race”.

CBF and AFA can appeal FIFA’s decision to the Court of Arbitration for Sport (CAS). The Argentines declared that they would do so to “defend the rights of the group”. Brazilians are measuring the next steps. It is possible that the CAS decision will not be released before September and therefore the game will not be played before Qatar World Cup.

The game between Brazil and Argentina was disrupted after an intervention in the area by Anvisa police – Photo: REUTERS / Amanda Perobelli

Although some uncertainty, look at the process that will take place from the Brazilian team up to the Qatar World Cup:

World Cup – during November and December: